Robert Semeniuk is a composer, producer, arranger, professional guitarist and a singer. He is the founder and manager, producer and composer of the best known Lithuanian folk rock band called “Žalvarinis“. Both earlier and now he actively cooperates with many famous Lithuanian and foreign musicians, singers, composers, producers. He often participates in various television or other musical projects, performs in major arenas in the country, also works as a session musician in the studios, produces other artists, makes records in his private studio and develops his solo career.

Robert has performed in various prestigious music festivals in Lithuania, Latvia, Estonia, Ukraine, the United States, etc. He played on the main stages in China, Canada, Austria, Norway, Great Britain, Russia, Poland and other European countries. The artist is involved in educational activities. He shares his experiences with young creators in his master classes not only in Lithuania but also abroad.

Currently Robert collaborates with such famous Lithuanian performers as Marijonas Mikutavičius, the most famous Lithuanian folk music promoter and singer Veronika Povilioniene, Petras Vyšniauskas, Ieva Narkute, Vaidas Baumila, Mantas Jankavičius, Saulius Prusaitis and other. He performs as a solo artist together with the Orchestra of Lithuanian Armed Forces and the international award-winning Čiurlionis String Quartet. 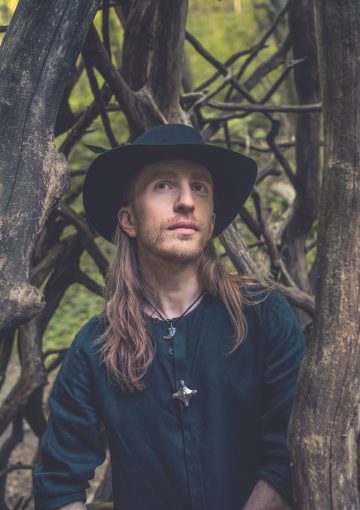